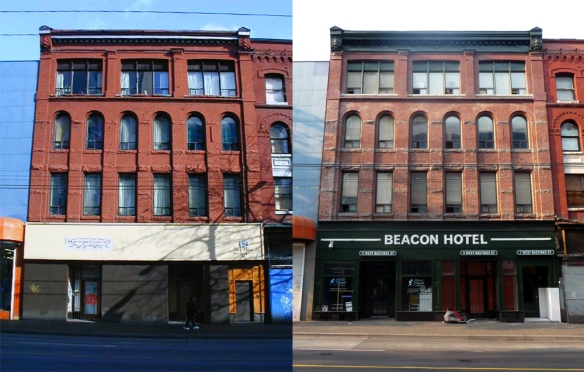 Once described as “The Downtown Eastside’s most notorious hotel”, the Backpacker’s Inn got a new lease of life in 2009 when acquired by the Provincial Government, one of over 20 single room occupany hotels bought in the past few years and given a comprehensive makeover, including removing the lead pain to reveal the original brick. The Beacon dates back to 1901, and over the decades was also know as the Shasta Hotel, Grand Central Rooms and the Pacific Rooms.